Last week SentinelOne disclosed a "high severity" flaw in HP, Samsung, and Xerox printer's drivers (CVE-2021-3438); the blog post highlighted a vulnerable strncpy operation with a user-controllable size parameter but it did not explain the reverse engineering nor the exploitation phase of the issue. With this blog post, I would like to analyse the vulnerability and its exploitability.

As I’ve already blogged before about driver exploitation and reverse engineering there will be some concepts that I would give per granted and as a pre-requisite, feel free to skip them if you are already familiar with the topics.

First of all, I had to recover a copy of the SSPORT.sys driver mentioned by SentinelOne in their blog post, as HP removed every links to the outdated and vulnerable driver, recovering it was a bit of a challenge. I've ended up downloading a Xerox driver (which is signed by Samsung ¯\_(ツ)_/¯); Xerox's ZIP includes different drivers compiled for both x86 and x64 architectures and different Windows OS versions (there’s also a version compiled with stack cookies). I've chosen the following one:

You can download the driver file as well as the IDA’s DB (to follow along) from my GitHub repository.

We can start the analysis by loading the driver into our preferred disassembler, IDA in my case, and adding the following needed structures if missing:

To find the DeviceName we have three possible options, depending on obfuscation and driver's complexity some are better than others:

Note: in the above image we can also see the pdb file location (compilation symbols) and an interesting, hardcoded string: This String is from Device Driver@@@@. As previously noted by Sentinel One, it seems that Samsung didn’t entirely develop the driver but copied part of it from a Windows Driver Samples Project by Microsoft that has almost the same functionality; fortunately, the MS sample project does not contain the vulnerability.

We'll later use the DeviceName to communicate with the driver and reach the vulnerable function.

We'll start our analysis from DriverEntry, which is small and honestly not very interesting. Here DeviceName is being instantiated and the DriverObject is passed around.

Looking at MajorFunction[14] (offset 0x0e) we found the driver IRP_MJ_DEVICE_CONTROL, a request that drivers must support (in a DispatchDeviceControl routine) if a set of system-defined I/O control codes (IOCTLs) exists.

Looking at sub_15070 it's clear we're in a dispatch routine. Here IOCTL codes are compared in a sort of "switch-case" as visible in the following image:

Decompiling this function, we are greeted with the following C++ like code (I've cleaned it a bit and renamed some variables to make it more comprehensible):

sub_1500 and sub_15030 won't be discussed here as they're related to other driver's functionalities. They are respectively used to:

As we can see from sub_15070 decompiled code, first the IOCTL code is retrieved and compared. The provided IOCTL code must be different from both 0x9C402401 and 0x9C402406, if the IOCTL code is 0x9C402408 we "fall" into a case where two strncpy operations are performed, otherwise, the driver will return a STATUS_INVALID_DEVICE_REQUEST error code.

Obviously, we are interested in the 0x9C402408 IOCTL code, specifically this part of code:

Which we can further clean and make it a bit more readable:

The vulnerable function copies bytes from the user's input buffer via the strncpy function call with an arbitrary size parameter (controlled by the user), causing a buffer overflow.

To being able to exploit this issue, we should verify if the overflowing data can corrupt some important return values on the stack/function pointers/adjacent variables to control and redirect the execution flow.

As we now expect to crash the driver with any payload big enough to overflow the static buffer (size 4096 bytes), we should also verify our hypothesis.

We can start off by configuring IOCTLpus to use the following settings:

We should be greeted in WinDbg with the following Bugcheck Analysis (snipped for brevity):

This is not exactly great as we are failing inside nt!strncpy+0x30 with an ATTEMPTED_WRITE_TO_READONLY_MEMORY error caused by the mov qword ptr [rdx+rcx],rax instruction given the fact that [rdx+rcx] is referencing a piece of memory that cannot be written. Why is that happening? Is it really exploitable?

A closer inspection in IDA will better explain the above fault:

As we can see from the above image, the buffer has been allocated in the .data segment (at the start of the section).

The .data segment contains any global or static variables which have a pre-defined value and can be modified; any variables that are not defined within a function (and thus can be accessed from anywhere) or are defined in a function but are defined as static so they retain their address across subsequent calls. The values for these variables are initially stored within the read-only memory (typically within .text) and are copied into the .data segment during the start-up routine of the program. - Wikipedia

If we'll look at the sections within WinDbg we should have the following layout:

From the above schema, we can verify that our buffer really resides in the .data segment and that the entire data section is big 4096 bytes (or one page). When overflowing the buffer, we are also implicitly overflowing the .data section and overwriting also the .pdata section (which privileges are set as "Read Only"); that's why we are getting the ATTEMPTED_WRITE_TO_READONLY_MEMORY error inside nt!strncpy+0x30.

The buffer, initialized with all zeroes, is the only reference in all of the data segments and it is only used in the highlighted strncpy operations; there are no pointers nor interesting structures written inside it that we can corrupt to redirect the execution flow.

This vulnerability can, at best, be used to perform a local Denial of Service (DoS) crashing the entire OS.

Given all the above analysis, and threat risk, I think a more appropriate CVSS score is 6.5, rather than the arbitrary 8.8/10 score given to the original CVE. 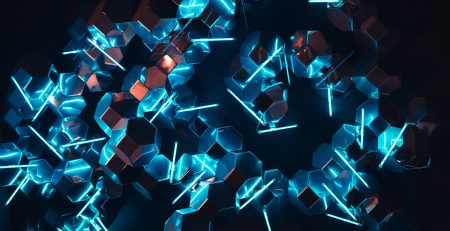 In this writeup we present the analysis and exploitation of a VBScript... read more 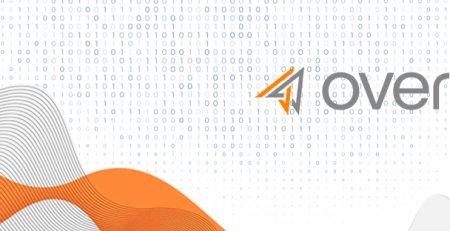 During a penetration test activity, two vulnerabilities were discovered on a specific... read more

This blog post serves as an advisory for a couple MSI’s products... read more