In this article, I would like to introduce fuzz testing as part of a vast overview of software testing approaches used to discover bugs and vulnerabilities within applications, protocols, file formats and more.

With an ever-increasing number of vulnerabilities discovered during the years, many organizations still spend little budget and effort to produce and ensure code quality and, even when they do extensive testing and assess their code, bugs are unavoidable.

Code review and, in general, finding bugs is complex and require a lot of effort on both skilled humans and technology.

Companies that are not willing to spend time and money into correcting bugs end up paying for it in corrective efforts after the application is released. Worst-case scenario? It can cause a loss of customers and/or revenue.

We all remember 2017 Equifax’s data breach caused by an unpatched Apache Struts framework in one of its databases; Equifax had failed to fix a critical vulnerability months after a patch had been issued which resulted in a $ 575 million settlement with the Federal Trade Commission (FTC).

Usually, the further a bug moves undiscovered into the latest stages of development the higher are the costs for fixing it.

SAST is probably the oldest of the methods covered in this article. SAST uses a fully white-box approach where the source code is scanned without being executed. The entire codebase is searched for suspect patterns and dangerous functions usage, which could indicate potential vulnerabilities.

SCA is similar to SAST, however, its main goal is to identify all open-source components, libraries and dependencies in a codebase and to map that inventory to a list of current known vulnerabilities.

In DAST the source code is compiled, executed and then scanned at runtime in search of security vulnerabilities. Randomized and predetermined inputs are passed to the application under the test, if the behaviour of the application differs from the predefined correct responses or the program crashes, a warning is logged, meaning a bug in the application has been discovered.

IAST is a hybrid version of the two, combining the benefits of SAST and DAST.

The dynamic approach (DAST) is commonly used to test and filter out warnings produced by SAST to increase the accuracy of the application security testing. Instrumentation allows DAST-like confirmation of exploit success, improve its performance and SAST-like code coverage of the application source code.

Pure DAST solutions and black-box testing, in general, have low code-coverage as they rely on random, pattern-based or brute-force approaches to generate input and test cases.

Bleeding edge fuzzing employ Feedback-Based (coverage-guided) fuzzing techniques instrumenting the software being tested to identify vulnerabilities and bugs; it can be complemented by Reverse Engineering (if the application is closed source). During the fuzzing process, random inputs are “sent” to the software under test, while its behaviour is monitored, until a crash is triggered. The input which caused the crash is then recorded and analysed to derive information that can be used to exploit (or fix) the bug in the application.

The fuzzer gets feedback about the code covered, when executing each input, allowing the mutation engine to measure the input quality. At the core of the mutation engine are genetic algorithms used to optimize code coverage as a fitness function. Generated inputs resulting in new code paths (or basic blocks or edges; depending on the fuzzing coverage metrics used), maximizing code coverage and thus increase the probability of triggering bugs, are prioritized and are used during the next batch of mutations.

Google, for example, already use modern fuzzing technologies to automatically test their code for vulnerabilities. As of January 2021, OSS-Fuzz has discovered over 25000 bugs in 375 open-source projects.

A bit of history

According to Wikipedia, the term “fuzz” originates in 1988 as part of a class project at the University of Wisconsin. The project was designed to test the reliability of UNIX command-line programs by executing a large number of random inputs in quick succession until they crashed. Prof. Barton Miller's team was able to crash 25-33% of the utilities that they tested.

These fuzzing engines generate input completely random, either from nothing or through mutation. Input generation does not follow any structure or grammar and does not consider what input format is expected by the target software. The engine does not receive any feedback about the code coverage.

A dumb fuzzer is easy and inexpensive to set up but is also the most inefficient.

These engines have the ability to conform input to some kind of structure or grammar and produce inputs that are based on valid input formats. This ensures that inputs provided to targets match certain patterns.

A smart fuzzer recognizes desired input format and produces inputs matching that format. This type of fuzzing requires detailed knowledge about input format and thus takes longer to set up.

One of the possible techniques for fuzzing a target will be to build multiple static test cases of malformed data. During the target’s analysis phase, interesting, unusual or error-triggering conditions are noted and then isolated into single test cases. Lots of up-front development time is required and the scope of the test is limited by the number of test cases built but among its advantages, there is the simplicity of reproducing the test across multiple targets and the ease of test case sharing.

These fuzzers start with a valid frame or data set and alter original valid input samples, by introducing small changes (e.g., mutates one byte/short/long at a time), to create new inputs. With each mutation, the original input will slowly begin to deviate increasingly from the original.

These fuzzers can generate new inputs from scratch. In contrast to mutation-based fuzzers, no original valid input is needed to start producing new inputs. However, generated inputs must follow a certain data model or structure in order to reach the corresponding code coverage.

These fuzzers leverages code instrumentation to gain insight into how inputs affect the target application. Code coverage information is used when generating new inputs, allowing coverage-based fuzzers to increase its code coverage over time and test more paths in programs by monitoring which inputs reach which parts of a target.

In the next blog post, we will dive into File Format Fuzzing and I’ll disclose the process that led me to discover 5 different vulnerabilities (out of ~104 unique crashes) in FastStone Image Viewer v.<=7.5, achieving Arbitrary Code Execution: 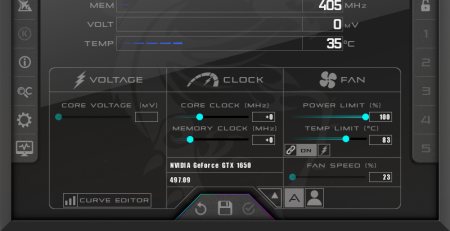 This blog post serves as an advisory for a couple MSI’s... read more 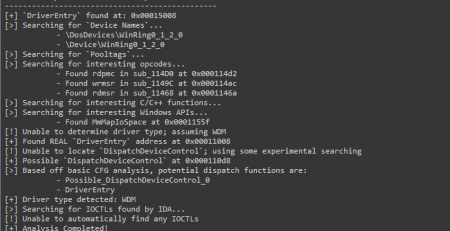 As part of Yarix's continuous security research journey, during this year... read more 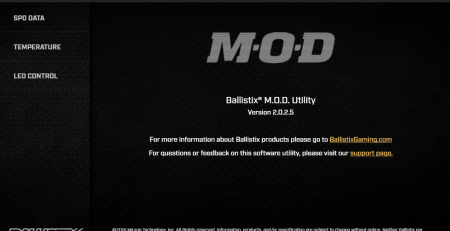 Crucial Ballistix MOD Utility is a software product that can be... read more